How home automation can help you make energy savings 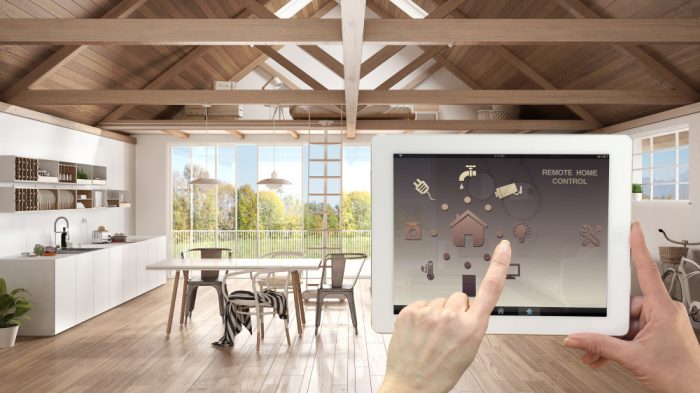 How home automation can help you make energy savings

If the 2000s will forever be remembered for the democratisation of the Internet. The 2010s are marked by the rise of new technologies which includes home automation. Artificial intelligence, previously used in the professional & military fields, has now become a major part of our homes. And for good reason, it improves comfort at home while saving us money, particularly on energy. This is what we will divulge in the article below.

First and foremost, what is home automation?

Domotics is a technology based on the principle of smart home that can be defined as the synergy of different technologies including computers, electronics and telecommunication devices that allow the remote and centralized management of the control of the energy performance of a dwelling. In concrete terms, an intelligent house with a home automation system is characterised by the possibility of managing the degree of heating in various rooms, optimising lighting and activating security systems either by means of prior automation or by human control via a screen, whether on a smartphone, computer or tablet. This technology is nowadays present in private homes but also in public places & buildings.

A 15% reduction in your heating bill

When subscribing to an energy supply contract (electricity and/or natural gas), the chosen supplier normally establishes, on the basis of a simulation, a scale of your energy consumption for your household on which to base your monthly payment. Only nowadays, these estimates made by suppliers tend to underestimate the contribution of home automation in reducing consumption in your home.

Today this technology allows for significant savings in heating, since the A.I. allows you to organise the variation & distribution of temperature in each room of your home according to the outside temperature, but also to the time of day and the number of people present on site. Likewise, in summer, home automation allows you to regulate the use of air conditioning according to the time of day and/or night and the number of people present in the house (or flat). Make no mistake about it, it is sometimes enough to vary the temperature of a room by just a few degrees during the day to achieve up to 15% energy savings, a fact that is reflected in your electricity and/or gas bill at the end of the month.

Automation of lighting to save energy

We may not necessarily be aware of this in our daily lives, but the use of lighting of all kinds, at any time of day, is the cause of a significant waste of electricity (20% of a household’s electricity consumption). Consequently, it is important to learn to pay attention to it and to control it, an important gesture in order to save energy, again made possible by home automation. Indeed, artificial intelligence can also play its part here, for example when it comes to reducing surplus consumption such as the energy used by appliances on standby. In fact, it is estimated that this mode activated on a television, a speaker or even a computer corresponds to 11% of the total electricity consumption in a household. Here again, home automation makes it possible to reduce the excess consumption by switching off appliances remotely, an effortless gesture for you. A good way to simplify things since all the functions are accessible from your smartphone or tablet, all while making the first savings on your usual energy bills. So, convinced yet?

To find out more about our comments processing policy please visit our dedicated page here.

Thank you, your comment has been sent and will be reviewed soon.